Trauma is the leading cause of death for people ages 1 to 45. Brown Surgical Associates Trauma Surgeon Charles Adams, MD believes many people overlook the impact of trauma on our society. Learn more by clicking here.

Brown Physicians Inc. is pleased to share this WPRI12 interview with Dr. Peter Soden of Brown Surgical Associates where he discusses an innovative treatment known as Transcarotid Artery Revascularization (TCAR). To commemorate American Heart Month, we would like to remind everyone to seek preventative care and treatment for all heart related issues. Check out the video by clicking here.

We join Brown Urology in welcoming Dr. Elias Hyams to its growing team of urologists. Dr. Hyams comes to Brown Urology from Columbia University-Irving Medical Center where he was an Associate Professor of Urology. While in New York, he also served as chief of urology at New York Presbyterian-Lawrence Hospital. Read more of his story by clicking here.

Did you know that heart disease is the leading cause of death for women in the United States? Click here to hear from Dr. Carla Moreira, a vascular surgeon with Brown Surgical Associates, as she discusses how this disease affects women in Rhode Island, particularly women of color.

Even as COVID-19 restrictions keep many of us from visiting gyms and participating in group activities as we have in the past, healthy habits are only an easy stretch away from your daily routine.

No need to purchase fancy equipment or build a health club in your basement to turn your home or workspace into a calorie-burning spa oasis.

View the video on wpri.com 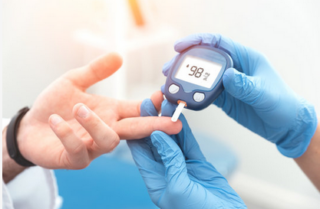 According to the American Diabetes Association, people with diabetes are more likely to have serious complications from COVID-19 and other viruses as well.

Brown Medicine Endocrinologist Dr. Jasmin Lebastchi is working on and following several studies to discover the connection between diabetes and the coronavirus. “The reason for worse prognosis in people with diabetes is not well understood but is likely to be multifactorial due the syndromic nature of diabetes,” she states. “Age, sex, ethnicity, comorbidities such as hypertension, cardiovascular disease, and obesity, probably contribute to the risk of worse outcomes. These outcomes can include sepsis, septic shock, and death.”

In the U.S., 1 out of 10 people, or 10% of the population, have diabetes. Of those who have diabetes and COVID-19, multiple studies in China and Europe show a wide incidence rate between 7-20% of patients who have an increased risk of hospitalization due to a higher risk of developing pneumonia, a hypercoagulable state (increased tendency toward blood clotting) and other inflammatory markers. The mortality rate is 30% higher in diabetics .

One theory is that COVID-19 itself might represent a worsening factor for people with diabetes through direct negative effects on β-cell function, which plays a role in insulin production. ACE2 receptor proteins, found on the surface of cells and which are involved in regulating inflammation, bind to the coronavirus and act like a doorway to let it enter and destroy the beta cells. Evidence suggests that the number of ACE2 receptors may be higher in patients with hypertension, diabetes and coronary heart disease.

“Diabetes by itself doesn’t seem to increase the risk of getting infected with COVID-19, but the mortality rate is higher, particularly in older patients with many other comorbidities,” Dr. Lebastchi continues. “Obesity plays a role in increased ICU admission and length of stay in a hospital. One theory for this is that an obese patient is in a generalized inflammatory state with often elevated blood pressure and blood sugars. Obese patients with a BMI > 35 are linked to more serious COVID complications due to restrictive abdominal fat affecting lung function, the ability to properly intubate and vent, and other respiratory dysfunction of the lungs – the primary location where the SARS-CoV-2 infection is found.”

Diabetes can present itself in more severe and life-threatening forms such as DKA (diabetic ketoacidosis, when the liver processes fat into a fuel called ketones which causes the blood to become acidic) and HHS (hyperglycemic hyperosmolar syndrome, a complication of Type 2 Diabetes involving extremely high blood sugar level). “We are seeing these complications because patients fear coming to the ER or seeking help earlier. They come to us already sick, already in a dehydrated state,” Dr. Lebastchi notes.  “We are also seeing more stress-induced hyperglycemia in the hospital, which means these patients do not have a prior history of diabetes, but elevated blood sugars >180. Furthermore, some COVID treatments involve a high dose of steroids, which in itself can cause steroid-induced hyperglycemia. It’s crucial to treat hyperglycemia since we know that poor glycemic control at hospital admission and during the hospital stay worsens outcomes for patients with COVID-19.”

What can a person with diabetes do to reduce their risk of COVID complications should they test positive? “While we cannot change our age, maintaining a healthy lifestyle in terms of diet and exercise, which can help to not only improve glycemic control but also maybe lead to weight loss, will help to avoid worsening outcomes,” explains Dr. Lebastchi. “Good glycemic control begins at home. It’s helpful to keep a glucose log and be in regular contact with your physician. Our Brown Medicine TeleVisits are a great way to help prevent ER visits and to manage patient glucose levels virtually and safely.”

Dr. Lebastchi is helping to recruit diabetic patients for a vaccine trial study that is underway in Brown Medicine’s Infectious Diseases Division.  In collaboration with University of Miami, Brigham and Women’s Hospital and SUNY Update, she is working to create a database of diabetic patients with a COVID-19 infection to help predict outcomes. A third study seeks to minimize the use of personal protective equipment such as gloves and masks by hospital nurses who have to do frequent glucose checks on patients. By using continuous glucose meters, nurses would not have to go in and out of a hospital room, thereby decreasing their risk of COVID-19 exposure.

Dr. Cizginer, a geriatrics specialist and researcher who works in Brown Medicine’s Division of Geriatrics and Palliative Medicine, was nominated by her peers for the award among more than 800 physicians, which was presented at The Miriam Hospital Medical Staff Association annual meeting held recently.

The award is the highest recognition that can be given to a member of The Miriam’s medical staff, recognizing a physician for outstanding contributions to medicine, leadership, professionalism, and patient care. Among her career accomplishments to date, Dr. Cizginer was recognized for initiating a novel collaboration between the hospital’s geriatrics and general surgery departments to provide multidisciplinary patient-centered care for elderly patients undergoing colorectal, vascular and general surgery. Her program, known as The Miriam’s Optimization of Senior Care and Recovery (OSCAR) program, has improved patient outcomes significantly while reducing hospital costs in surgery patients and was recognized by the Lifespan Health System for its innovation and excellence.

A resident of Sharon, Mass., Dr. Cizginer is medical director of Geriatric Surgery at The Miriam Hospital; leads patient care, teaching and clinical research in geriatric surgery; and also serves as assistant professor of medicine, clinician educator, and clinical assistant professor of Health Services, Policy and Practice at the Warren Alpert Medical School of Brown University. She is a recipient of Providence Business News 2015 “40 Under Forty” award for her career success and community involvement among young professionals. In 2018, as one of 15 young leaders nationwide, she was selected with full scholarship to the Tideswell-American Geriatrics Society-Association of Directors of Geriatrics Academic Programs’ Emerging Leaders in Aging Program. She received her Doctor of Medicine degree in 2005 from of Hacettepe University (Turkey), and is a 2018 graduate of Brown University’s School of Public Health. A past research fellow at Harvard Medical School, her clinical research studies continue to focus on postoperative delirium in hospitalized older adults, geriatric surgery, Alzheimer’s disease, cognitive aging, and cognitive reserve.

“On behalf of Brown Medicine, I want to say how pleased and proud we are about Dr. Cizginer being honored with the Charles Carpenter award,” states Louis B. Rice, M.D., president of Brown Medicine. “Her outstanding contributions to the specialties of geriatric surgery and aging are many, as is her dedication for advancing the field through research and leadership. This recognition could not be more well-deserved.”

In nominating Dr. Cizginer, Dr. Matthew Vrees, director of surgery at The Miriam Hospital and director of the Multidisciplinary Rectal Cancer Clinic at Lifespan, stated that, “Dr. Cizginer is a true leader who brought her outstanding vision to The Miriam Hospital and introduced the idea of co-management in the surgical care of the geriatric patient population. She initiated a new paradigm of care which made surgery safer for elderly patients while in the hospital and while they recovered at home. Sevde is such a caring physician whose warmth is greatly appreciated by her patients and their families. She combines an incredible ability to care for her patients in the present while spearheading research projects that will improve outcomes in the future. The surgical team, the hospital and the geriatric community all have benefited tremendously from her local and national leadership.”

The late Dr. Charles Carpenter (1931-2020), for whom the award is named, was Miriam’s physician-in-chief from 1986 to 1998. He was a pioneering medical researcher remembered as a mentor to many doctors, and was an innovator in cholera and HIV/AIDS treatment. He achieved widespread recognition for his work in treating diseases in developing countries, such as the development of oral rehydration therapy for cholera, a simple treatment that has saved millions of lives worldwide and remains the treatment of choice today. Dr. Carpenter was among the first to recognize the extent of heterosexual transmission in AIDS, leading to his pioneering work on HIV in women. A professor of medicine at Brown, he served as director of the Lifespan/Tufts/Brown Center for AIDS Research (CFAR) and trained a generation of researchers in the field of international health. 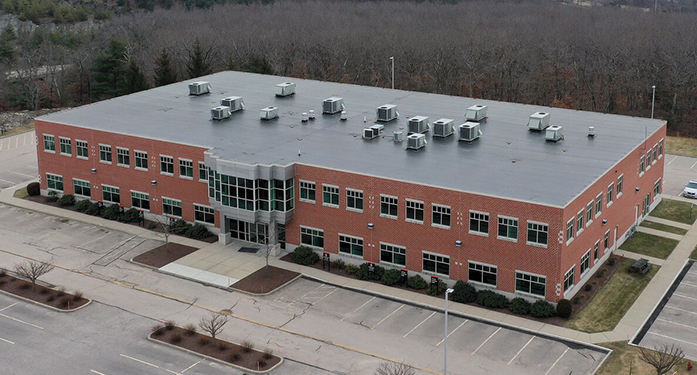 In May 2021, Brown Medicine will occupy 5,200 sq. ft of Class A leased medical office space in the Smithfield Office Center located at 900 Douglas Pike in Smithfield, R.I.  Build-out of the new location began late last year. Other medical practices under the Brown Physicians, Inc. umbrella, of which Brown Medicine is a part, will be opening offices in the building including Brown Dermatology and Brown Neurology. Lifespan Labs and Performance Physical Therapy will also be operational in the Center.

“We are very excited about expanding our presence to the northern part of the state, and eager to provide services to patients from this area,” states Dr. Louis B. Rice, president of Brown Medicine. “We are conveniently located off Route 295 and Route 7 and offer plenty of free parking.”

Brown Medicine is one of several healthcare practices in the region that support the ‘patient centered medical home’ model of care, allowing for collaboration and coordination between primary care and the specialties. “Our patients will experience a facility that features work spaces for physically distanced collaboration between doctors, other clinicians and administrative personnel; as well as reception and check-out areas optimized for safe traffic flow,” adds Dr. Rice. “It is designed to be responsive to and centered around patient needs and our desired outcomes for the highest quality of care.”

For more information, call Brown Medicine at 649-4050 or visit brownmed.org.

Brown Medicine is part of Brown Physicians, Inc., a clinical, research and teaching affiliate of the Warren Alpert Medical School of Brown University

Congratulations to Brown Medicine for being recognized by Providence Business News with a Best Places to Work Award for 2020! Keep up the great work helping employees and patients stay healthy, happy and safe!

World Class Care in Your Backyard